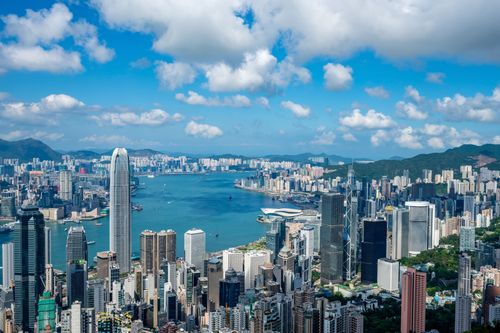 For nearly three decades, Hong Kong has held special trade status with the United States, allowing it to prosper as a global financial and trade hub. A recent clampdown from Beijing risks the special administrative region losing that status, with global businesses becoming collateral damage.

Hong Kong’s autonomy, under the “one country, two systems” framework has been key to establishing its status as a gateway between China and the rest of the world. That status is now in jeopardy, following the National People’s Congress’ imposition of a national security law that is making foreign governments question whether that autonomy remains.

This has led the U.S. to begin the process of removing Hong Kong’s preferential treatment. As it stands, currency can be exchanged freely with the Hong Kong dollar, there are little to no tariffs and other costs when it comes to trade, and visa-free travel allows for simpler business dealings.

All this has led Hong Kong to become the U.S.’ 21st largest goods trading partner, with $43.6 billion in two-way trade during 2018, and another $45bn in re-exports to the U.S. Should the special trade status be revoked, these benefits could all disappear.

“The loss of Hong Kong’s ‘special status’ is another catalyst to push procurement outside of China,” says Bryan Maloney, president and co-founder of Harbor.

Over the past year, Harbor Trade Credit has seen corporates rethinking their supply chains and procurement strategies. Surveys by the American Chamber of Commerce already show U.S. firms plan on scaling back their investments in the city.

It’s these changes that create an opportunity to implement supply chain finance programs and utilize vendor management tools on the HarborTrade Platform.

“Harbor has the flexibility to follow our client’s procurement activity across the globe and we have seen an uptick in Southeast Asia and Latin America in particular,’ Maloney continued. “In January, one of our clients, an e-commerce furniture retailer sought to onboard new manufactures in Vietnam and Malaysia as a consequence of tariffs being imposed on Chinese exports.”

The lack of a trading history with the new suppliers meant that a financing solution was required, as buyers are often unable or unwilling to provide credit terms when establishing new relationships. Harbor was able to step in, with its platform allowing buyers to submit purchase orders to their vendors, while also letting the vendors take advantage of early payments post-shipment and access often scarce working capital.

While Hong Kong will always remain a critical business hub in the region, due to its status as the gateway to mainland China, it is clear that supply chains are shifting. Consequently, the ability to establish and streamline new relationships with suppliers is critical. With HarborTrade Platform this has never been easier.

This year, amidst global supply chain disarray, uneasy retailers are looking to get an earlier start on procuring goods to stock shelves and warehouses. [...]

With transit time increasing by up to 60 days from China and other supplier markets, Harbor's working capital program can mitigate disruption. [...]